Neck/fingerboard: 19 fret fingerboard with square end and wide block inlays from the third fret. The truss rod cover is engraved with the name ‘Dick Wiley’

Body: Maple back and sides

Notes: The guitar has been fitted with a Gibson McCarty Pickguard. This is one of 110 16-inch L-5s shipped in 1935

Images above courtesy of Jon Vesey

This L-5 was originally shipped to McCoy’s House of Music on March 21, 1935. However, it was returned a few times and was eventually sold out of the NY Band Instrument Co. in Manhattan, sometimes after July 10, 1940.

The truss rod cover is a Gibson custom engraving for Dick Wiley. “Dick Wiley’s Boys” were featured in Gibson’s Catalogue U of 1932, although Dick is pictured with an earlier L-5. Information from Jon Vesey 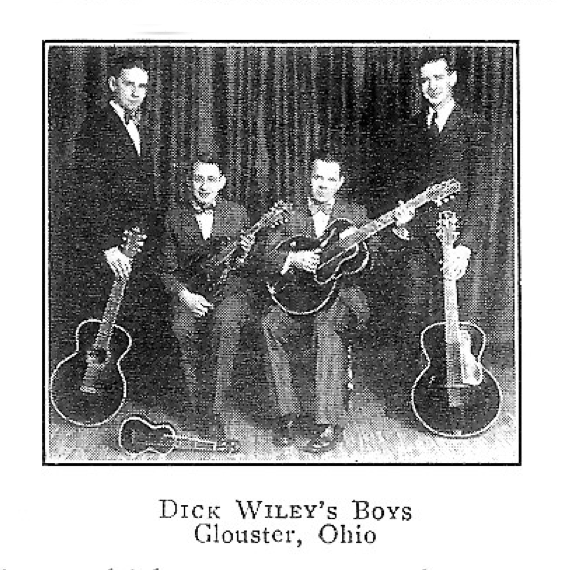