“I joined a band playing 1920s style jazz in the early 1990s and was given a cassette tape of songs to learn,” says guitarist Richard Barnes. “The first one was ‘Dinah’ by Bing Crosby with Eddie Lang playing guitar. I was fascinated and wanted to learn everything that I could about him.

“I was aware of the annual Bix Beiderbecke celebration that ended with a ‘serenade’ at his grave site and I decided that I wanted to do something similar for Eddie Lang, since he is buried close to where I live.

“In 1976 when I was 13, I saw my first concert – Elton John – and the next day Mayor Rizzo declared it ‘Elton John Day in Philadelphia’. I contacted Mayor Michael Nutter and he issued a proclamation declaring every Oct 25th as ‘Eddie Lang Day in Philadelphia’. I held a silent and live auction and we raised $2500 for charity. I have held ‘Eddie Lang Day’ every year since and continue to raise money for charities.”

“The star sapphire ring that Eddie Lang is seen wearing in pictures taken after 1929 was given to him by his best friend Bing Crosby, who had a matching ring,” says Richard Barnes. 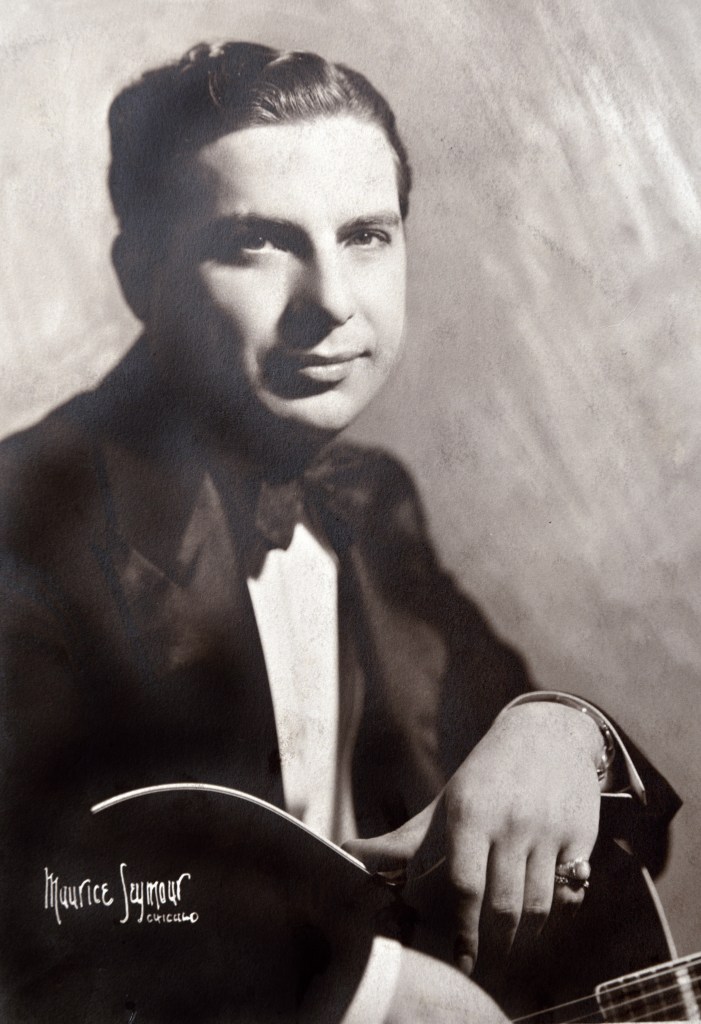 “The ring is currently in the possession of Lang’s nephew Ed Massaro and is kept in a safe deposit box at a bank.

“When I held the first “Eddie Lang Day in Philadelphia” in 2010, Ed was kind enough to allow me to wear it for the show. Nobody except my wife new about it until after the show, by which time the ring had left the building! 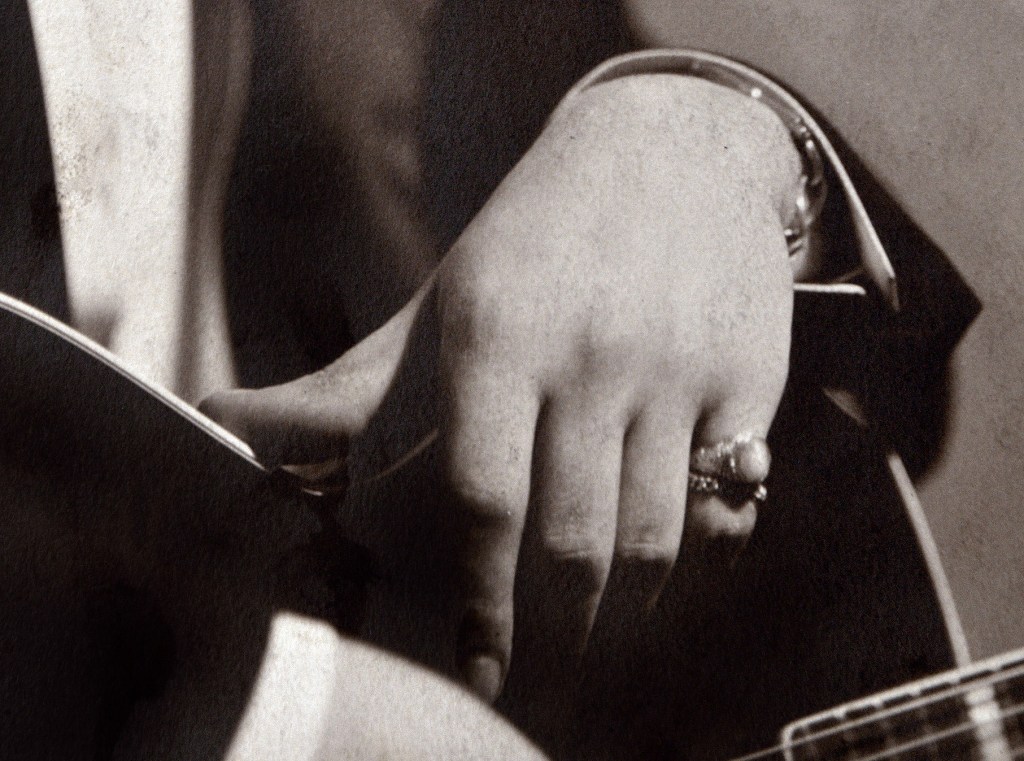 “I had hoped that wearing the ring would enable me to channel my inner Eddie Lang, but alas, Lang must have had thick fingers and the ring slid around as I played the guitar, clanking into the fingerboard and causing me to make several mistakes.

“I have had the honour of wearing it and photographing it several times since then. 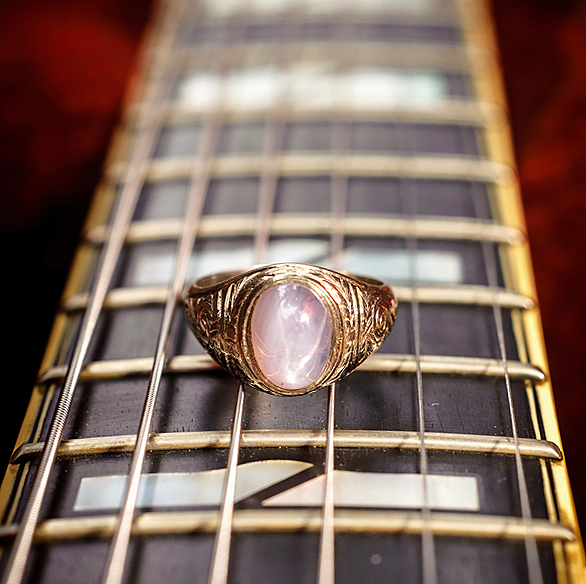 “If you look very closely at the photo of Eddie Lang , you’ll notice that there are actually two rings !! Was the second ring a wedding band? An Engagement band? No one knows and nobody knows what happened to it.”

0
prewargibson 2nd February 2022
No Comments Yet